Ep. 51 | Buying Your Park-Owned Homes Correctly With a Good Bill of Sale 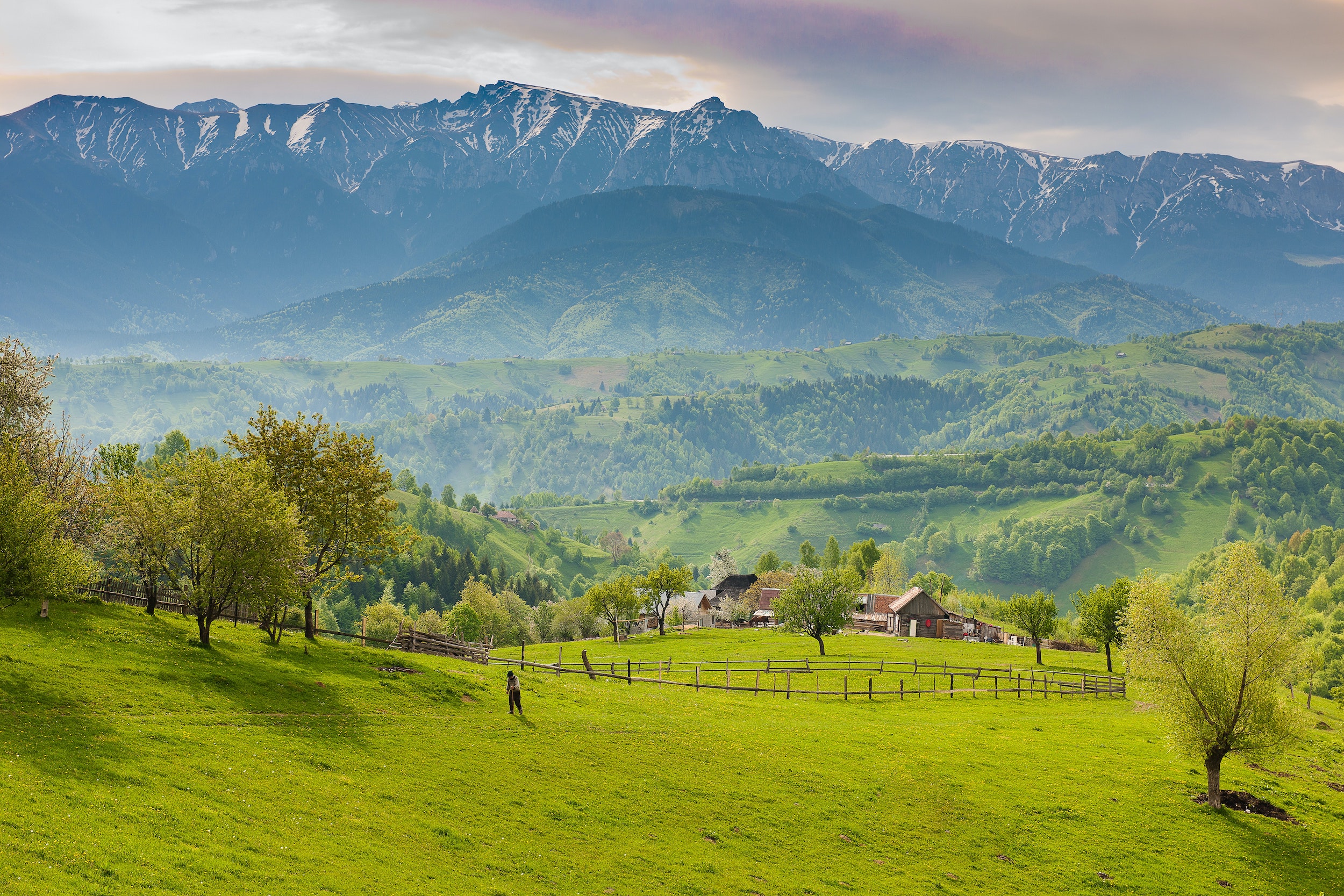 On this episode of The Mobile Home Park Lawyer, Ferd talks to us about closing documents in your mobile home park deal. Ferd takes us through the individual components of what the closing documents look like and lets us know what they’re used for.

0:00 – Intro
1:49 – Title companies often make mistakes
2:27 – A bill of sale is standard in a mobile home and mobile homes are transferred by title
3:54 – Ultimately you get through the transfer on assignment and particularly the representations and warranties of the seller
4:30 – Typically the seller makes no implied or other warranty of habitability or merchantability
4:44 – You also have a mutual indemnification provision
5:41 – You have witness whereas stuff at the end

Welcome back mobile home park nation. Here today, thinking about the close of the year. So, it’s December 21st, when I’m recording this, and I’m thinking about a couple of deals I’ve got coming up through the closing kind of a in tune here with the close of the year. Christmas is coming this week, new year’s, which is my anniversary purposely was married on December 31st ones that I could remember it. And then two, because then I get a tax status of married filing jointly. So that really helped out that’s back when I was practicing law full-time and single, that’s not a good tax bracket to be in. As, you know, as a real estate investor, there’s some better options. You can become a real estate professional. You can have passive activity losses, you can take bonus depreciation, cost segregation, lots of tax write-offs. I didn’t really have those as a real estate attorney. I had some passive investments and then I was still had some active mobile home parks stuff that you know, back six, seven years ago, but it was, I couldn’t be a passive activity loss guy, a real estate professional, cause I had a W2 job.

So anyway, close to years of good time for me, because it really changed my tax status forever. And knock on wood. I’ll be married to the same beautiful lady for the rest of my life. So, what was I going to talk about today? Closing documents. That’s right. So, when I’m buying something, I want to make sure I’m getting what I think I’m getting. And the old handshake doesn’t work that well, unfortunately in the real estate business, because there’s a lot of bad actors out there. So, I like to button things up at closing. And I know a lot of people that just, they literally get a closing statement, the day of closing and they sign it from the title company. Title companies often make mistakes. I’m in the midst of a closing for this week, the title company is incompetent and obstinate. And it’s just literally the deal was supposed to close a week ago and we’re still fighting over them getting their job right. So, I’m kind of frustrated, but at least I can supervise them a little bit by having good documents. And this also helps me supervise the seller.

The first document we’ll cover today is the bill of sale. A bill of sale on a mobile home is pretty standard. Mobile homes are considered personal property or vehicles or chattel. Basically, they get transferred via title. If you get the original title from manufacturer, like when you have your retailer’s license, it’s not actually called a title or a bill. You don’t really get a certificate of title. You get a manufacturer certificate of origin, but it’s basically the same thing. It just means when you, the retailer sell to the first guy, that person has to pay sales tax and that has to register it and get a real title. And it has two sides of the paper basically instead of one, otherwise it looks very similar. It’s a different color too.

But anyway, bill of sale, you should use on every individual mobile home that you purchase. When you’re buying a home from an individual, they’re going to be a little more intimidated if you get a long form, and there’s only one at a time. So, there’s tends to be, not as much risk when you’re buying a mobile home park that comes with Park owned homes. You need to bill of sales, be buttoned up. And this is in basically a normal contract form. It’s got bill of sale at the top, and then it has whereas clauses, you know, whereas this is made and entered into this day of X, from seller Y to buyer Z. And whereas the person, the seller also owns a real property located at this address, blah, blah, blah. And sometimes you got to have, whereas clauses as to I got it under contract with X company, reassign it to Y company, and then you referenced the assignment. Basically, you’re papering, a chain of title and the chain of transaction. And ultimately the kind of the phrases that phrase that pays is I used to say in law school is you get through the transfer and assignment and particularly the representations and warranties of the seller. These are things like the seller represents and warrants that, it owns the property that the property is free and clear of all security, interest, liens, title retention agreements, and other encumbrances, etc. That it possesses the full right power and authority to transact and to assign the personal property. That all property taxes for this personal property are paid. And then even so, even if there’s an error later, they’ll execute a power of attorney in favor of the buyer on a foreign prescriber, the state to enable the transfer.

Typically as the buyer, the way you give here, if you say I’m buying all the homes as is whereas ours .basically saying the seller makes no implied or other warranty of habitability or merchant ability, things like that. And then typically have a mutual indemnification provision, but really you have the seller indemnifying. That’s why it’s in there as a buyer. I mean, there’s not much I have and benefit for the buyer, frankly, but I want the seller to indemnify me basically saying that if anybody comes out of the woodworkers, comes back from name and says, Hey, where’s my trailer. And you’re going to stand up here and defend me. And if you can get those sorts of reps and warranties in your bill of sale, it’s going to make your life a whole lot easier. If you want to go evict people from the position of home, if there’s a squatter, if a homeless quote, abandoned, I should do a whole another podcast on abandoned housing actually. Cause I get lots of questions about abandoned housing, quiet title, bonded title. When people do the demo stuff, demo stuff without the title. So maybe I’ll make a note here too.

Note to Todd. That’s what I call myself, Todd. All right. Where was I? Bill the sale closing docs. And you got you got the witness, whereas stuff at the end where you say, this is the seller, this is the buyer you have the proper signature block. Typically have an exhibit a, which is the legal description of the real property described an earlier paragraph. They have an exhibit B, which is description of the personal property. I typically want, at least the lot number the year, the make in the VIN that’s operate easily. Sometimes they can’t get the model and then sometimes people want to measure it. And it’s a pain to go measure along. So, you don’t make them do that. And some titles don’t even have square footage, so you have to, or size and you have to just kind of physically measure them. And then it’s hard to be accurate because you know, 16, 80 is really 15 feet, 8 inches by 75 feet, 11 inches. Each brand’s a little different, but it’s not the true number even see on the title. So anyway, this, this closing document, very important bill of sale. For our next lesson here, we’re going to cover a similar closing document, it is going to be called the assignment of leases. 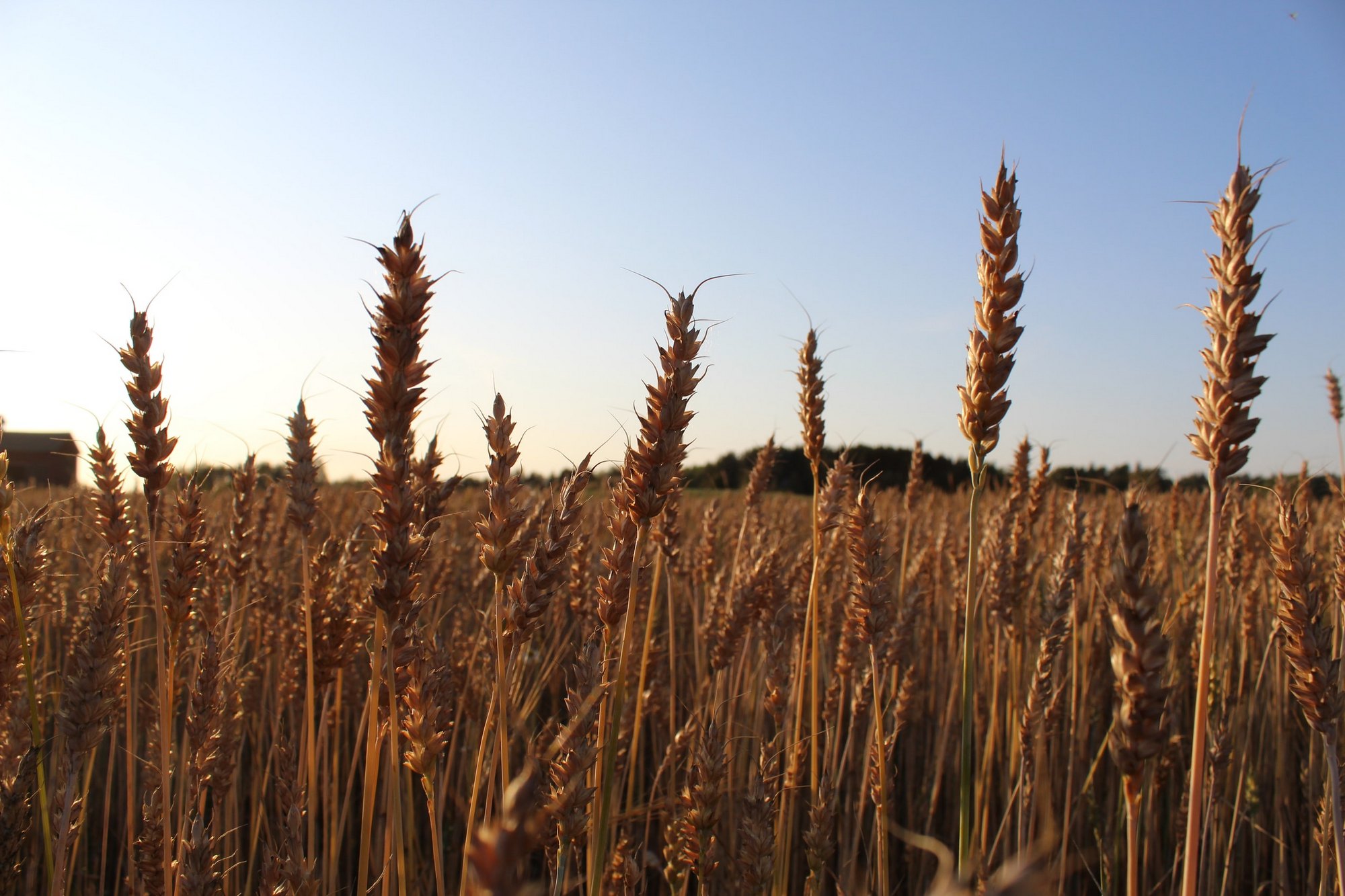 Are you confident enough to be a contrarian investor? 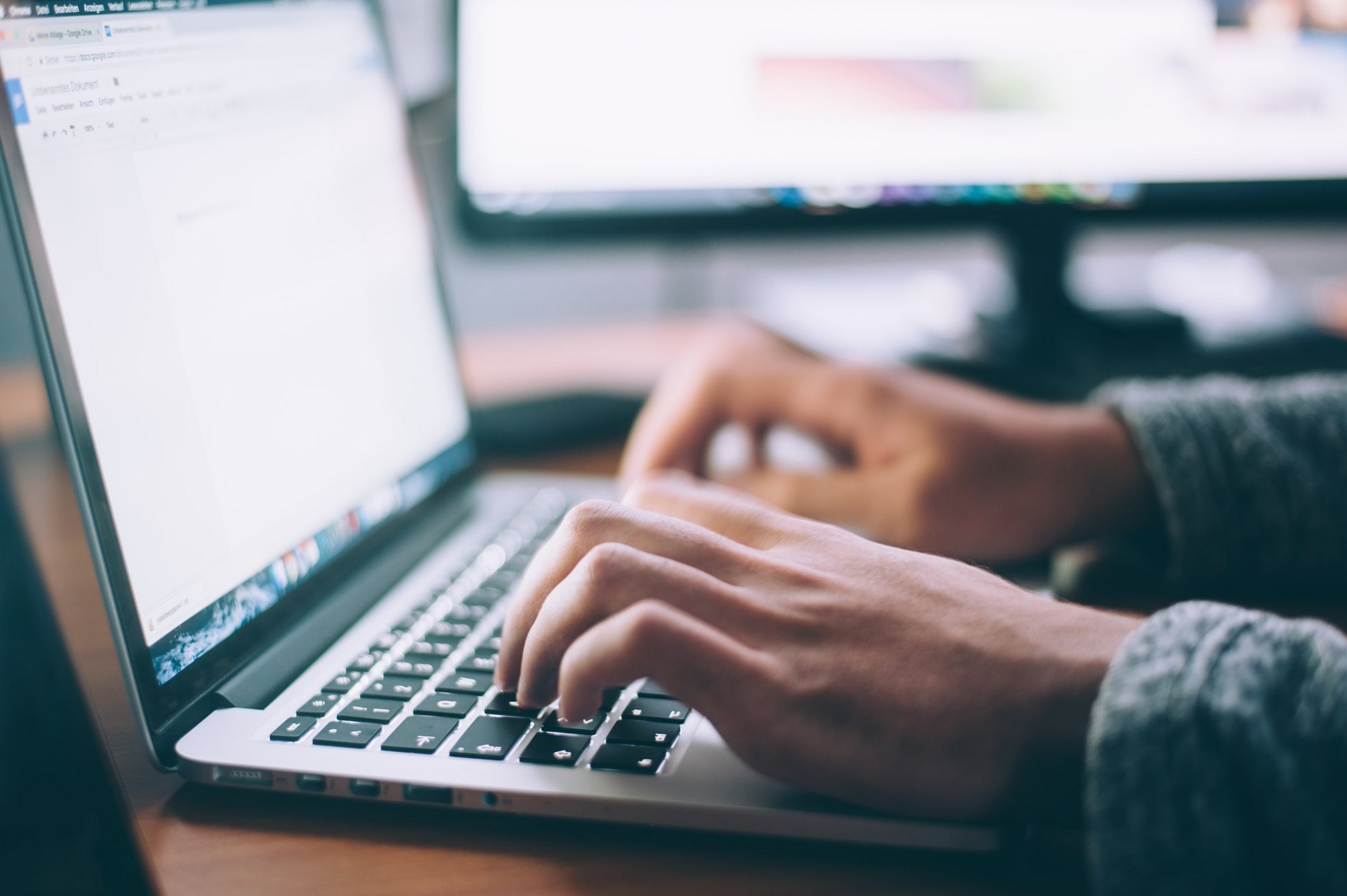 How a Coach/Mentor Can Help You Scale Your Portfolio 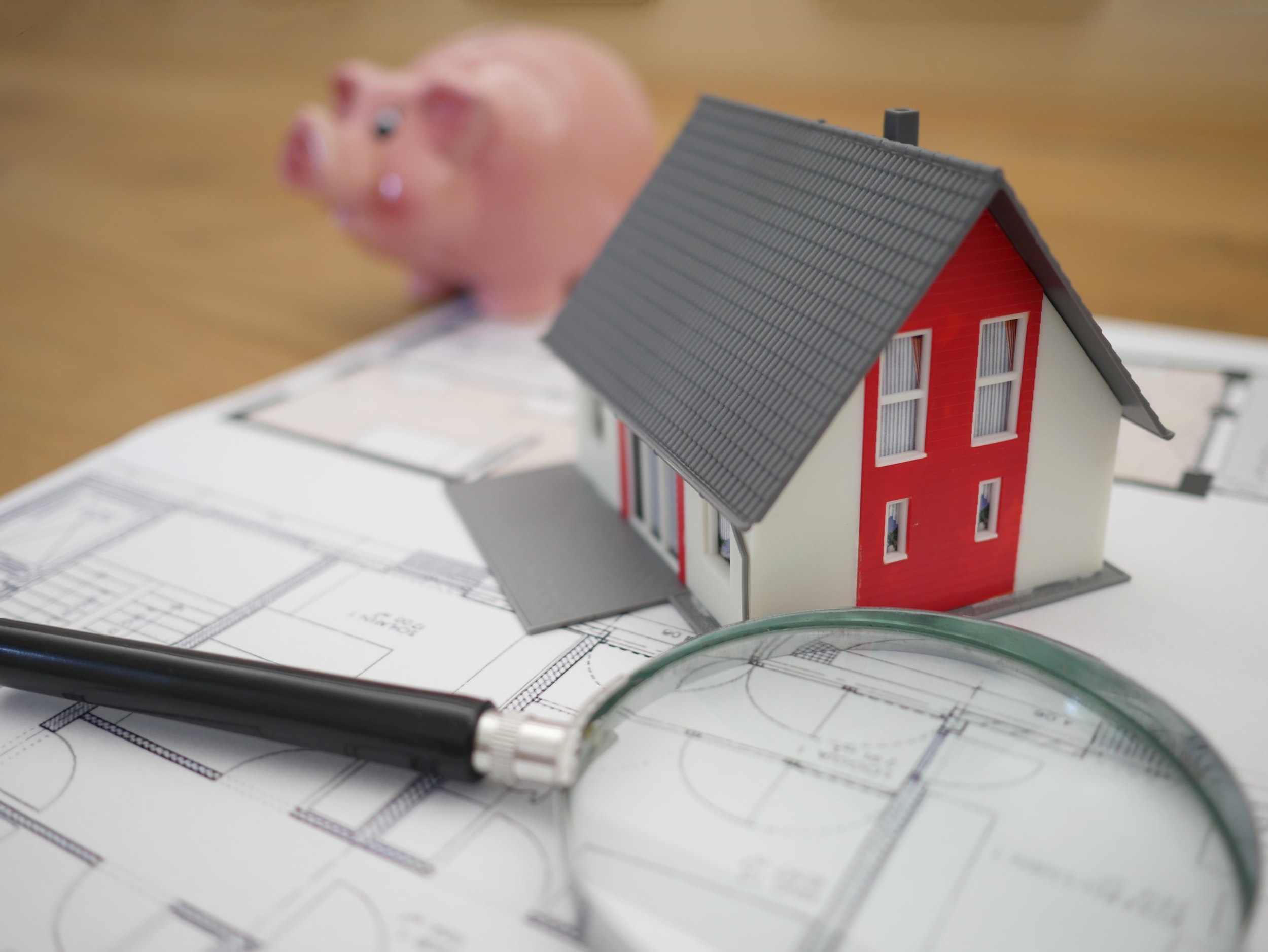 Ep. 95 | Interview with MHP Due Diligence Expert Steve Edel – How To Work Through the Diligence Process 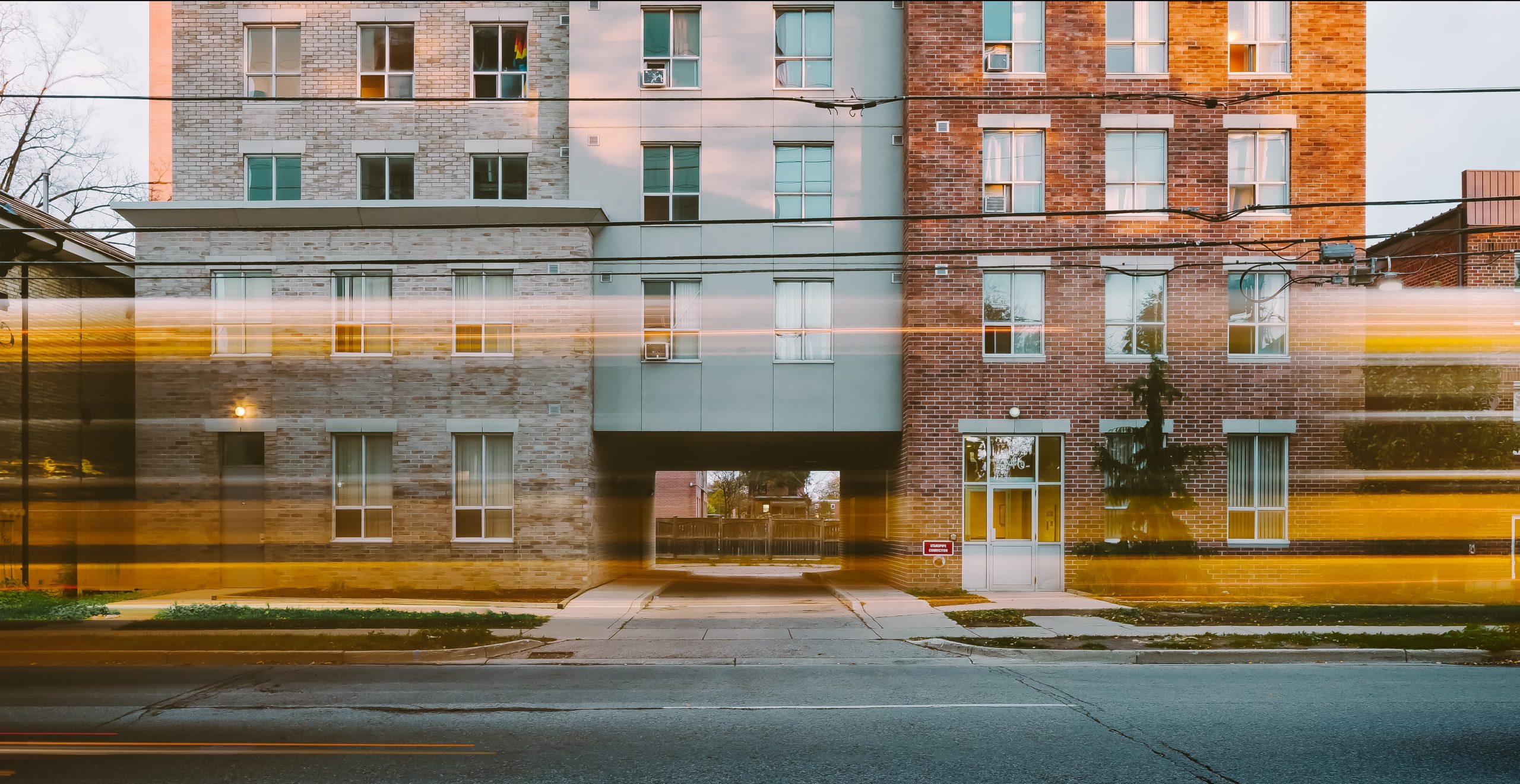 Ep. 94 | Interview with MHP Owner Rhett Trees – Scaling Up and How To Differentiate 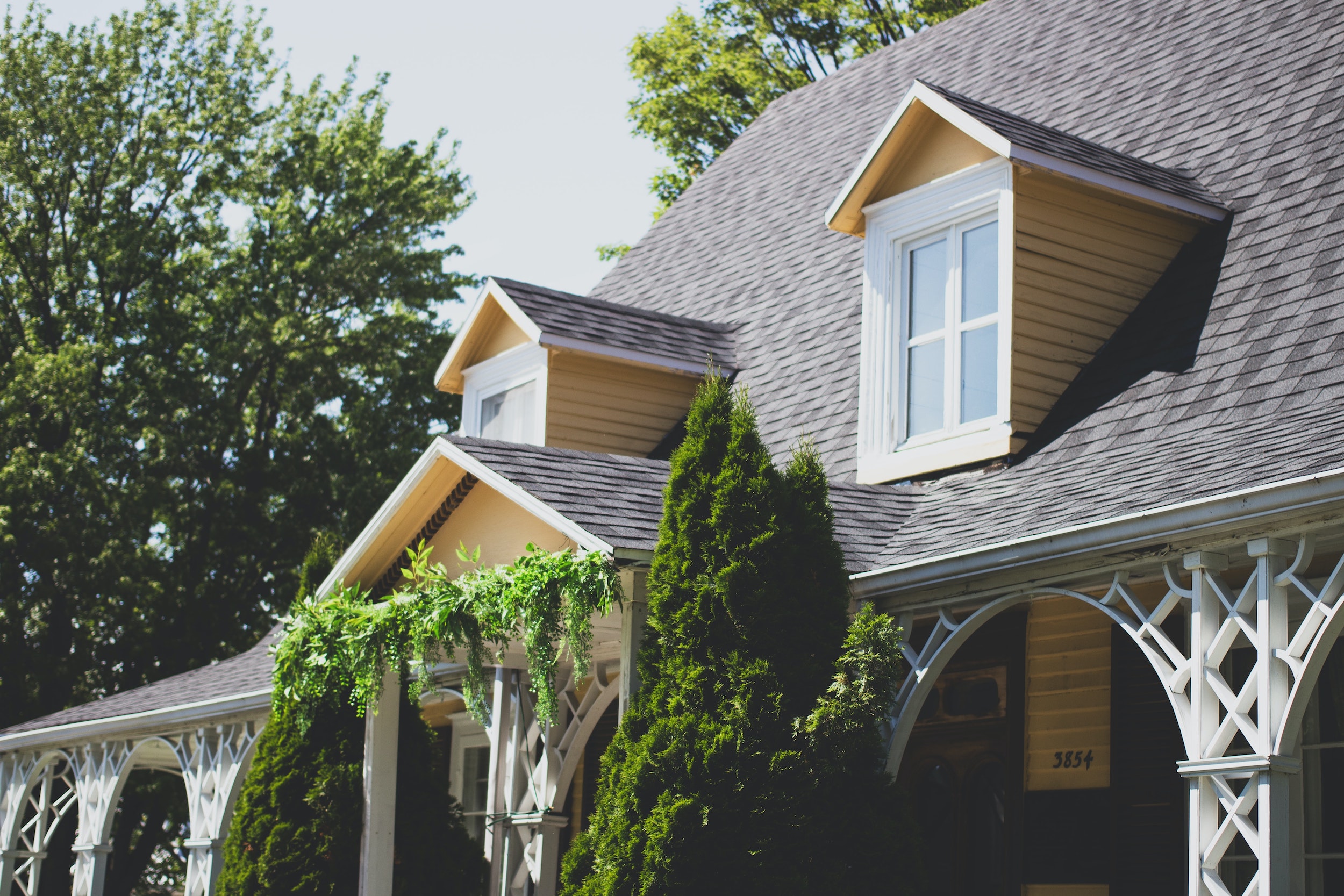 Ep. 92 | Interview with MHP Owner and Acquisitions Specialist Andy Freeman – How To Go From Car Salesman To MHP Owner 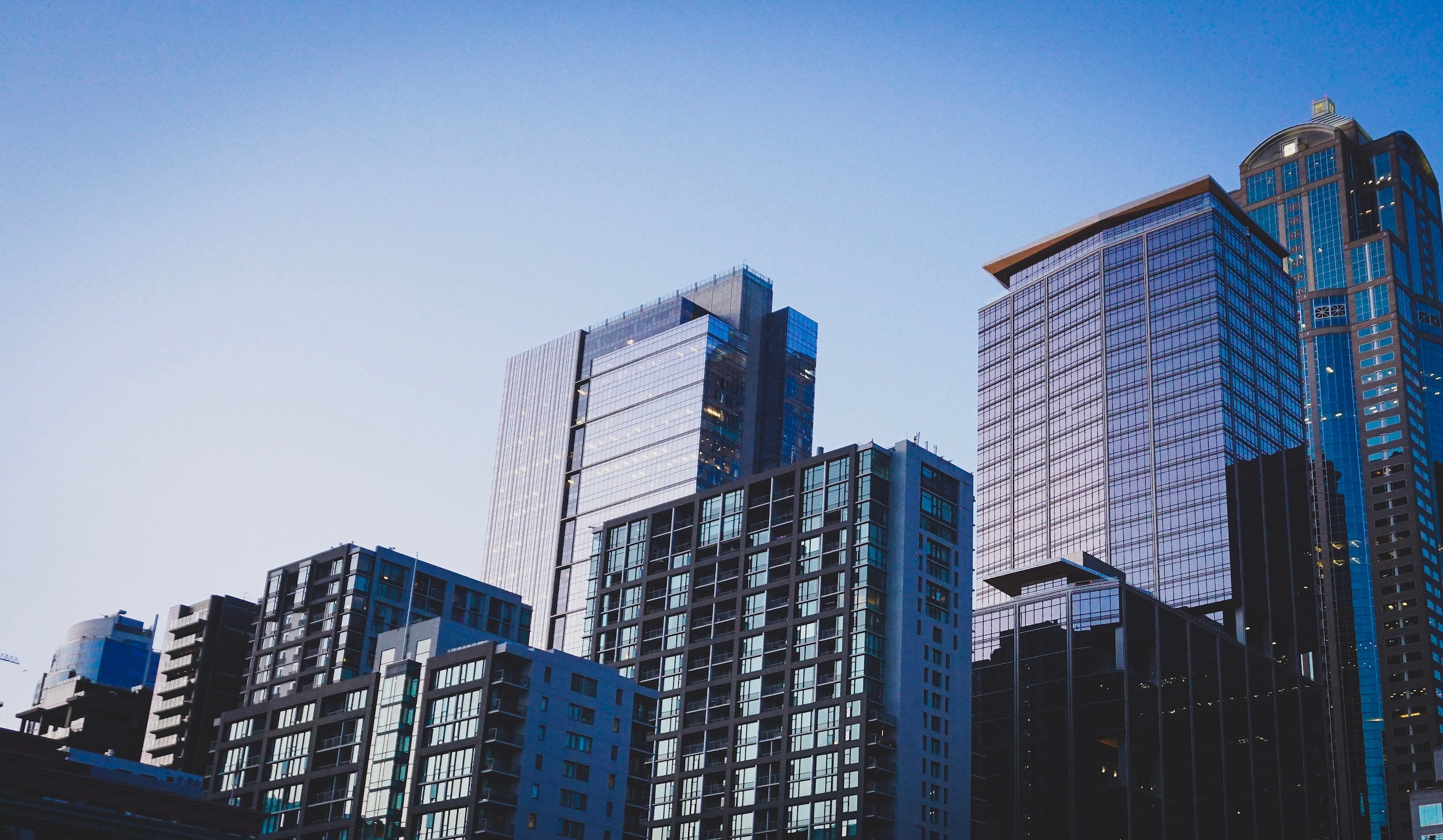 Ep. 91 | Interview with MHP Owner and Financial Analyst Logan Moore – How To Look At A Syndication And Poke Holes In It 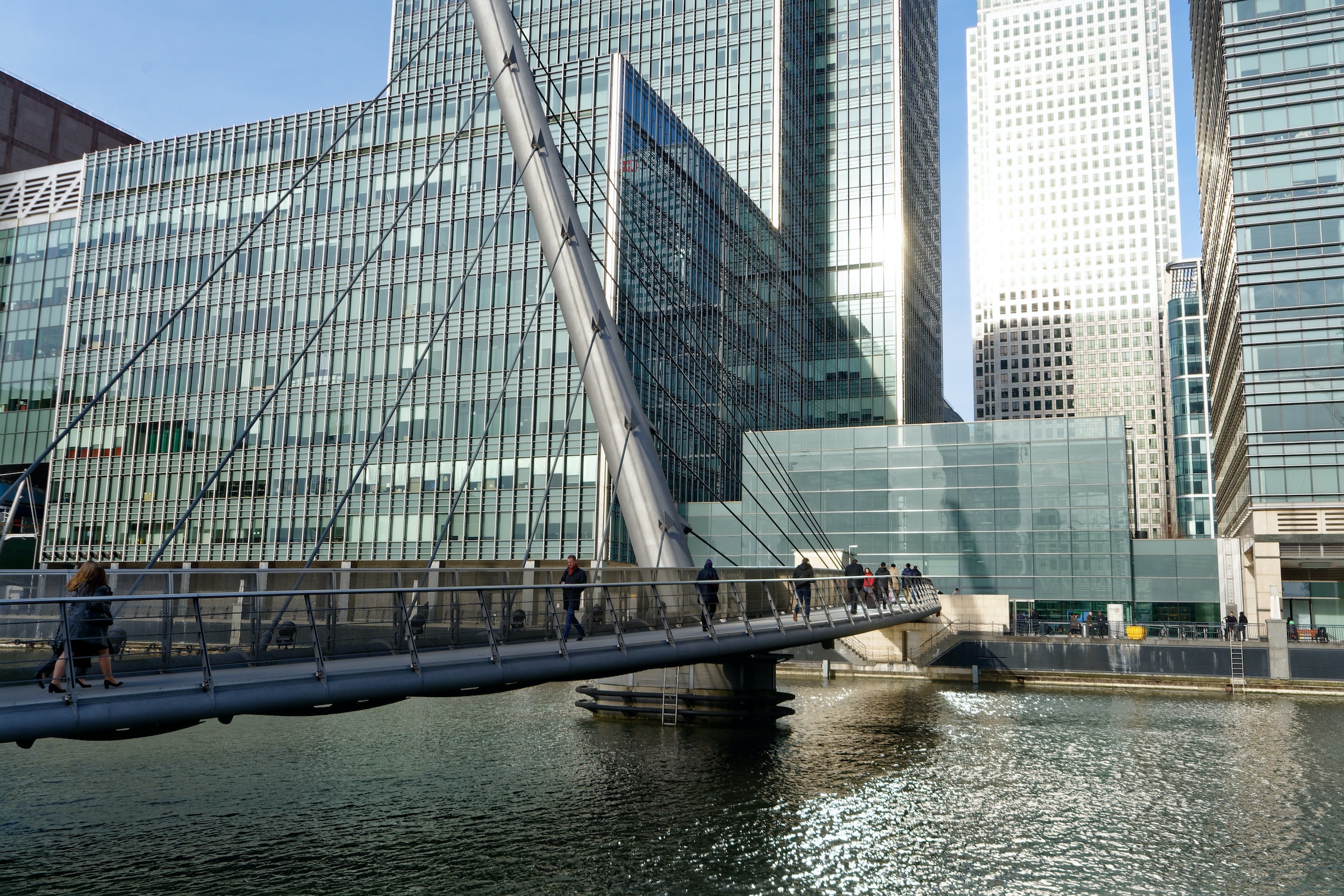 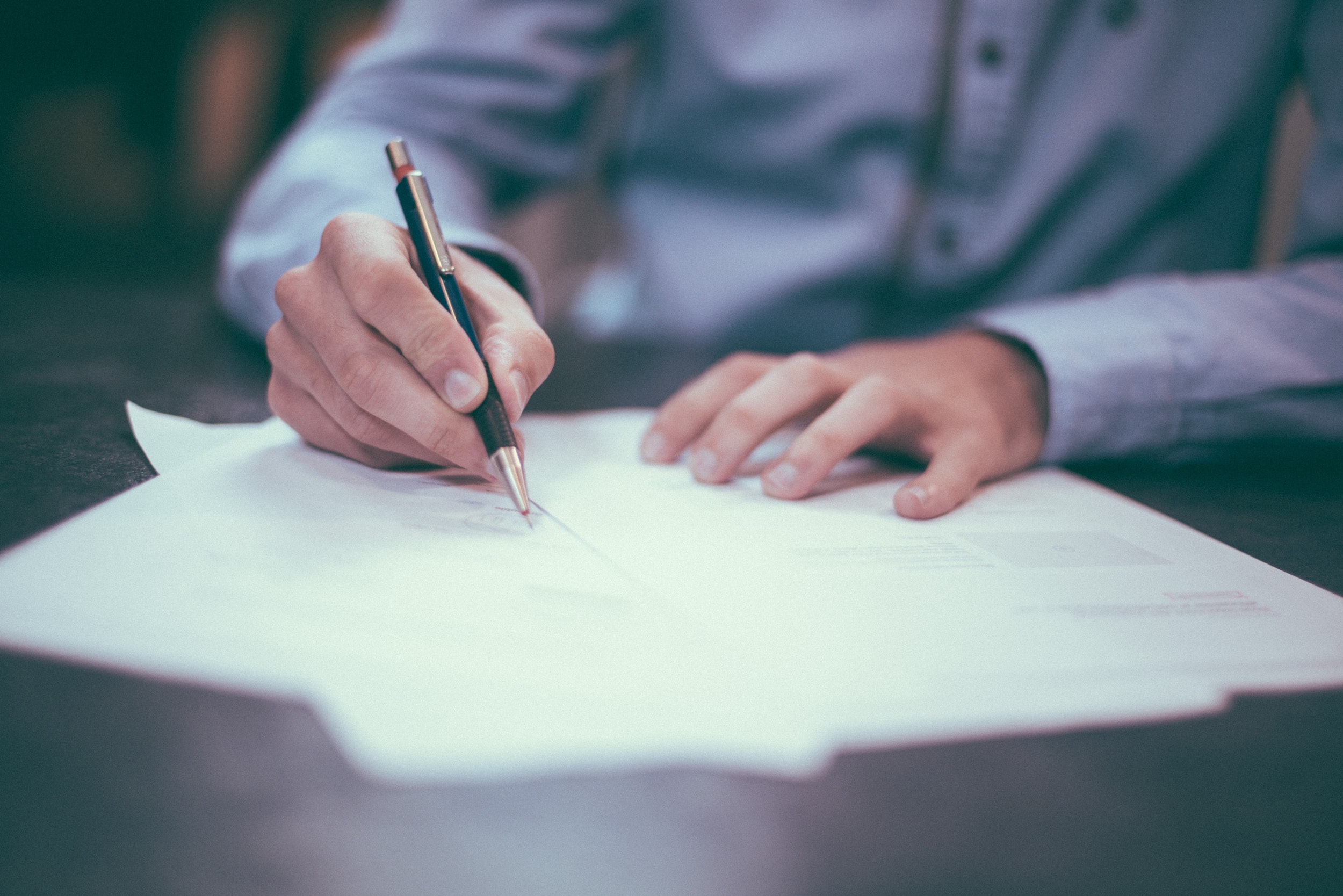